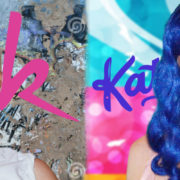 Raise Your Glass (RYG) announced that it is adding a whole new dimension to their tribute arsenal. With the success of their P!nk tribute act RYG has turned their talents to recreating the experience of another pop icon; Katy Perry. That’s right, in a head to head match that will probably never happen in real liFe, the reigning queen of I Don’t Give a F*&# power female vocals shares the stage with the queen of the sugar-coated self-absorbed teeny-dreamers. 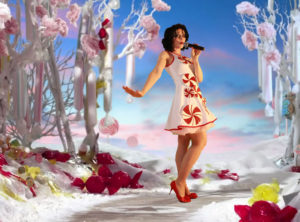 “We started RYG because we saw the shift that is going on in the tribute landscape and we wanted to provide that alternative to the growing audience that wasn’t being served by another Led Zeppelin or Iron Maiden band,” said guitarist Scott Ramsay who co-founded the group along with lead vocalist Katrina Danford. “P!nk was the obvious choice when Katrina and I first started thinking about a group.”

“The response from those that have seen the band has been great and of course there is a desire for more acts like what we are offering,” continued Ramsay, “What came onto our radar when we thought about expanding was Katy Perry. She is a complete 180 from P!nk musically and stylistically but she has all the same strengths that lend itself to being a great tribute show to produce. Amazing popularity, a large demographic of listeners and a catalogue of hits that just doesn’t stop. And like P!nk, Katy Perry is known for putting on a live stage show, that people want to see.”

“We have this amazing lineup of musicians, singers and dancers so with Katrina leading the charge, it was a no brainer to add this to our offering. I think the hardest part has just been for Katrina to remember which persona she is inhabiting. The blue wig helps though.”

RYG has announced it has already put together an hour of material and is now working on the stage show for their Katy Perry Tribute which they call Prizmatic. They plan on debuting the act before the end of the year. Stay tuned for more details as they become available.