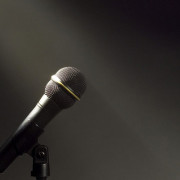 Raise Your Glass (RYG) announced today that they will be doing a low-key “Sneek Peek” concert for close friends, family and some industry people at Paladino’s Night Club in Tarzana, CA on Friday September 11th at 10:30pm.

This will be the band’s first public show since the band was formed. Expectations are high and butterflies abound as the group puts the finishing touches on its first show. Katrina Danford, lead vocalist for RYG has stated that the group will be doing a fast-paced 45-minute set covering a wide variety of P!nk’s most popular radio singles.

“We wanted to focus on just delivering a really high quality music experience for the audience this first time out,” said Katrina, “So no trapezes or bungee chords this time but we have done some really cool re-arrangements of some of P!nks tunes including a mashup of “Raise Your Glass” with “If God is a DJ” and “Trouble.” We also have taken a few of P!nks live versions of songs like “Get The Party Started” and “Funhouse” and given them our own special twist. I think the audience is gonna like what we have been able to do so far.”

Guitarist and co-founder Scott Ramsay agrees. “We have been working the material pretty hard since we decided to do the show. Our keyboardist Tony has put together a really cool show curve that has these really unique moments that will make you feel like you are at a full on P!nk concert. The band is getting super tight and Katrina and the girls are starting to really find their vocal blend. It is going to be an exciting first show.”

If anyone is interested in getting an invite to the show, email RYG at info@rygrocks.com and ask about tickets or getting on the VIP list. 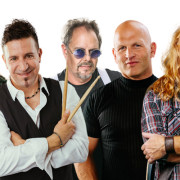 Raise Your Glass (RYG) announced today the final lineup for the group. In addition to co-founders Scott Ramsay on guitar and Katrina Danford on lead vocals, RYG has welcomed the following talented musicians to the group:

Stella Petrosyan (Lead Support Vocalist and Choreographer)
Stella who hails from the Ukraine is an excellent vocalist and lead singer in her own right. In RYG Stella is bringing her background in theatre and dance to make RYG not only a great act to listen to but one that is hard to take your eyes off of.

Kathrin Jakob (Lead Support Vocalist and Voice Arranger)
Kathrin is a recent transplant to the U.S. having moved to LA from her home in Wallersdorf, Germany in 2014. She studied voice at the Music Academy in Regensburg and is a graduate of the Los Angeles Collage of Music. In addition to RYG, Kathrin has her own group that performs covers as well as several of her original songs including a minor hit in the U.S. and Germany titled “He Taught Me To Yodel” which showcases Kathrin’s amazing talent at this lost-art. RYG is still trying to figure out a way to incorporate some yodeling into a P!nk tune. When they do, it’s going to be amazing.

Danny Knapp (Bassist and Background Vocals)
If drums are the foundation for any rock/pop group, then bass is the mortar that holds all the instruments together. Furthering this analogy, Danny is a mason extraordinaire. His solid rhythm and impeccable timing brings the beat of RYG to life. A player since he was 16, Danny has an incredible history of music under his hands. From artists like Scottie Johnson (Gin Blossoms) to Katie Garfield, Danny has played with the best and his contribution to RYG is a major part of the foundation upon which this house is built.

Jon Poli (Drums and Percussion)
Every day the time we set our clocks by has to be adjusted because we lose a beat or two due to Earth’s uneven orbit around the sun. But if we kept time according JP Standard, Jon Poli Standard that is, we’d never have to worry about that again. Jon’s reputation for keeping perfect time is highly regarded amongst LA studio and touring musicians alike. Even more admired though is his impeccable feel and taste for putting a groove right where it needs to be and adding that flair to make a turnaround stand out as well as his sense of when to just lay out and let a song breathe. Jon has played and recorded with a long list of groups both nationally and internationally and it is that well-honed artistry that makes RYG a cut above the rest.

Tony TerBorg (Keyboards and Background Vocals)
Tony has been playing keys for over 30 years with artists ranging from folk legend Steve Gillette to Grammy award winner Jackie DeShannon. He has backed and recorded with artists such as Jaimoe Johanson (drummer for the Allman Brothers), Scott Page (saxophonist for Supertramp and Pink Floyd), and Greg Leisz (guitarist for the Eagles, Sheryl Crow and many others). Known for his ability to bring his “heart” to every note he plays, Tony’s reputation for being able to add the perfect color to bring to life an artist’s vision has earned him a highly respected spot amongst his peers. In RYG, Tony also works to help shape the band’s live show productions to bring the feel of a P!nk concert to the more immediate intimacy of a showroom and club venue.

With the lineup set, the group is in pre-production and has plans to do a local preview show within the next couple of months.